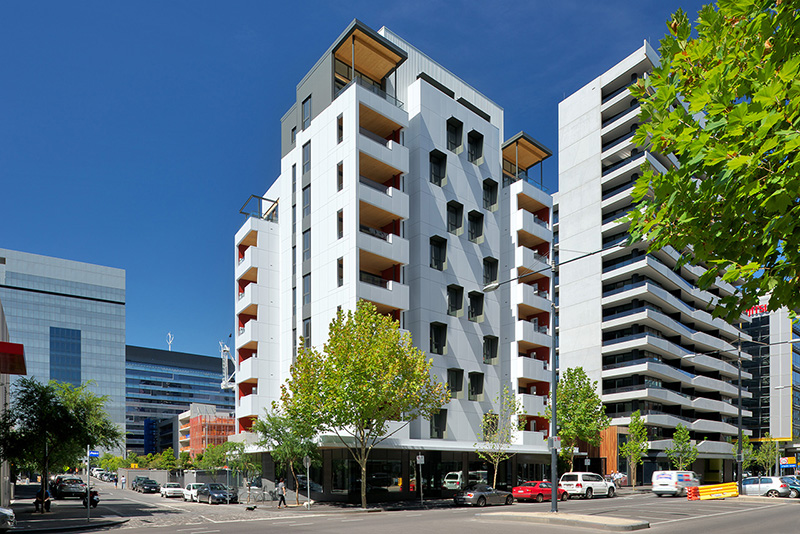 22 Jun Rise of The Plyscraper

For decades, steel and concrete have dominated in urban construction, with timber being considered as an outdated and inadequate material. But a new era is dawning. Thanks to new building technology, timber is making a come-back in the form of engineered wood.

Michael Green, a pioneer of the timber revival, say’s that “new engineered wood allows for greater strength and rise in building” and the movement is fast gaining momentum. There are proposals for timber high rises cropping up across the globe. Plans for an 18 storey plyscraper in Vancouver have been announced along with one in Vienna that will be over 20 storey’s high. But it doesn’t stop there, Green is thinking much, much bigger. He is now working with Finnish lumber giant Metsa Wood to build a virtual Empire State Building out of wood. Why you might ask? “To challenge preconceptions and explore the possibilities of wood construction” says Green.

Mass timber panels, in particular Cross Laminated Timber (CLT), are becoming established as quicker, greener and eventually cheaper than traditional concrete and steel methods. As it is such a new product, it is currently coming in at around the same cost as steel and concrete. However since is is pre-frabricated with precision tolerance, there is practically zero waste and much less labour costs due to the speed of construction.

So what are the environmental implications? In an interview with CNN, Green makes some incredibly compelling arguments for timber construction.

“Steel and concrete have huge carbon footprints. Concrete accounts for about 6-8% of man’s greenhouse gas emissions, whereas wood stores carbon dioxide and gives us a vehicle to create carbon-neutral buildings.”

“The energy used to harvest wood, he said, is much less than the enormous amount required to produce concrete and steel.”

“There is no other building material that is grown by the Sun,” he said. “We’ve calculated that the North American forests grow enough wood for a 20-story wood building every 8-10 minutes.”

“Ultimately, building in wood, Green argues, creates an economic incentive to plant more forests.The climate story is really happening at both ends of the argument, by using more wood we encourage countries around the world to plant more trees. About 20% of man’s carbon footprint comes from deforestation, this creates an important incentive for reforestation,”

Forte – A timber high rise in Melbourne designed and built by Lendlease.

And one final benefit? According to Andrew Lawrence, “There are studies that show that people are happier inside wooden structures”. We are sold!